On the lookout for quick tips that’ll extend your reach? 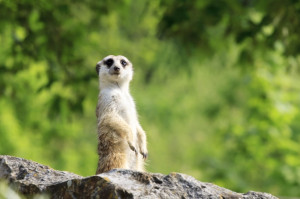 I vividly remember where I was and what I was doing the first time I heard the English boy band New Direction’s “What Makes You Beautiful.”

It’s crazy to classify hearing an up-tempo pop song in the same way I remember the momentous Sept. 11, 2001, terrorist attacks on America, or the Jan. 28, 1986, Space Shuttle Challenger disaster. Yet, all three unexpected events triggered, for me, the same revelation: This could change everything.

The first time I remember hearing “What Makes You Beautiful” was while watching a YouTube video of a flash mob that broke out in January 2013 during a Vancouver Giants hockey game.

Action on the ice slid to a halt as a dance was revealed as sections of children stood in the coliseum’s upper deck, peeled off jackets to reveal Pepto-Bismol pink T-shirts, and made cute movements choreographed to this Top 40 hit.

At its zenith, about 2,000 fresh-faced K-12 students from 17 Vancouver area schools were dancing, even the ones in wheelchairs.

The unsuspecting hockey fans were wowed. Click on the image below. You will be, too.

That’s what I learned when I talked with Mette Hamaguchi, one of two principals behind the Vancouver schools “Acceptance” flash mobs, which now number four.

“There’s something magical about flash mobs,” Hamaguchi said. “The kids in them feel like they’re sending a message that could make a difference. And I know from comments I’ve received from parents and grandparents, and mail I’ve received from around the world, that seeing a flash mob can have a profound impact on people and expand what they think is possible.”

Showing the positive side of social media

Hamaguchi said the idea for a flash mob grew from a desire to show students how to spread a positive social message through social media. She was principal at David Lloyd George (DLG) School when a video of a local girl being assaulted at a party was uploaded to YouTube and sixth- and seventh-graders at her school said they saw no harm in ignoring police warnings not to view it.

DLG, like others in Vancouver, already participated in International Pink Shirt Day, which started in Nova Scotia after two straight high school students intervened on behalf of a gay student being bullied for wearing a pink shirt to school. A few days later, all students wore pink shirts to school to show solidarity against bullying.

But Pink Shirt Day was due for a makeover, Hamaguchi said. As associated lessons grew homophobia to disability awareness and sizeism, DLG students began calling it “Anti-Everything Day.” Hamaguchi and Assistant Principal Darren Mitzel rebranded it at their school as “Acceptance” and envisioned the flash mob as a hip way to focus students on anti-discrimination. Their flash mob typically erupts a few weeks before Pink Shirt Day. Burma-shave jingles, poetry readings, and dramatic productions also precede Pink Shirt Day.

“It’s not about being a good dancer,” Hamaguchi said. “It’s about accepting people as they are. Aligning with an existing event helps. After the first year, the flash mob concept pretty much sold itself.”

Schools learned these lessons along the way

• In-school rehearsals for flash mobs can count toward physical education and fine arts credits. Rehearsals are mandatory at participating schools, but parents can opt-out of having their child present when the video is taped. Every year a few parents concerned about privacy opt their students out.

• Since the element of surprise is critical with flash mobs, participating schools usually bus students from school to the flash mob location. Parents who attend cannot sit with their child. They are told to blend in with the crowd and not spoil the surprise.

• A parents group protested Vancouver educators’ selection of “Born This Way” because of Lady GaGa’s less-than-wholesome persona. The school board did not withdraw support, saying the song itself has a positive message.

• Choosing a current, trendy song gets students enthused. DLG music teachers have offered to write a special anti-bullying song for the occasion, but Hamaguchi says that approach wouldn’t get students’ buy-in.

• Use social media to communicate. High school students make instructional videos with accounts for participating schools, which are deposited in Drop Box. Routines are learned in each school during physical education periods one to three months before the event.

• Getting great video and sound that tell a story are essential if you want your flash mob to “go viral.” You’ll need someone with technical expertise in charge to know where to place cameramen and microphones. Remember, there are no do-overs with flash mobs.

• Everybody wants to be part of a successful event. Hamaguchi and Mitzel have welcomed many other schools, but know that it’s impossible to keep events involving thousands of children a surprise. They encourage other schools to use flash mobs to promote acceptance in their own areas.

• Focus on values you hope students will take away from the event, even during rehearsals.