The former CEO of Google made an astounding claim.

Eric Schmidt said that if you take all of the information created between the dawn of civilization and 2003… and add it all up… this much information is now created every TWO DAYS.

He said this more than a year ago — so you can’t blame the Encourager.

Or even little ol’ me, the messenger. (OK… maybe I’m not so little…)

We weren’t key influencers in the exponential growth of communications clutter.

So, with weekend coming up, I’m “encouraging” school leaders and communicators all across the nation (or at least the ones in my neighboring school districts) to commit to making the next two days a period totally free of texting, writing, emailing, photo-ing, and video-ing.

If we unite together in this grand cause — to sacrifice by stepping up and just laying back and goofing off all weekend — imagine the warm inner glow we’ll share knowing that we’ve each done our part to mitigate today’s communications clutter crisis, even if only for two days.

We can always fire up our respective communications clutter machines on Monday, right?

So, join me in this noble purpose.

Sure, I realize that it may be grounded in some disputed assumptions.

A computer metrics analyst named Moore said Schmidt has it all wrong.

According to Moore, Schmidt made several significant errors in calculating the total number of exabytes of information piling up since the very first day our ancestors began scribbling on the walls of caves.

This is why I’ve made it a personal policy to never make outlandish claims in public like Schmidt.

Why give some smarty-pants mathematician an easy opportunity to respond and point out you’re a knucklehead?

And, to be honest, it wouldn’t even take a “smarty pants mathematician” to refute any statistical claim I’d make — just some 8th grader who possesses a minimal math proficiency.

So I play it safe.

Anyway, Moore said if you take all of the information created between the dawn of civilization and 2003… and add it all up… this much information is actually created every SEVEN DAYS.

Moore’s math works for me. 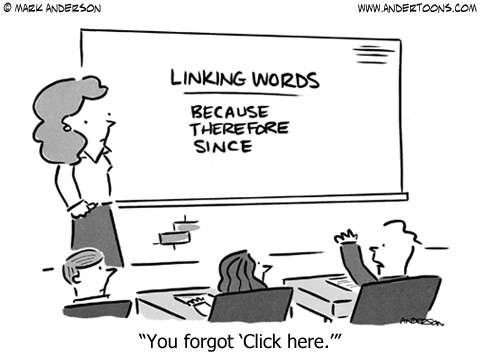 Posted in The Encourager and tagged w