One of us should report to the Governor’s Office – speedy kwik!

When I wrote about “speedy kwik” back in January, I never thought I’d have the opportunity to re-cycle the phrase. And you know better than I do that most of what I write doesn’t bear repeating.

But this one does! Really! (The shock is mutual.)

One of us should check in with the Governor’s Office “speedy kwik!”  Apparently, the person responsible for effective communications went away on Spring Break a few weeks ago and never returned. Granted, we’ve all probably considered doing the same thing after a fun vacation in a distant location about 40 degrees warmer than Michigan, but we came back. The Governor’s communicator should’ve, too.

Here’s why. Take a look at last Friday’s front page story in The Detroit News. If you’ve already read it, you know what I’m taking about. If you haven’t – and are now reading it for the first time – you’re in for a treat.

This article validates our roles as school leaders and communicators in a big way. In fact – make that THREE big ways.

Without addressing whether or not the new proposed reform in Governor Snyder’s education package for Michigan is a good thing, there are three communication disasters contained in the story that hint the communication miscues were self-inflicted, and not the result of a reporter amped up on energy drinks who only chose to report “the negative.”

Anyway, here are the three communication disasters (as I see ’em). And yes, this exercise is almost too easy – even for me – so I’m only going to reference the first three paragraphs.

#1  What?!?  A “secret work group…has been…”  Are you kidding me? Secretly working since December? With this phrase in the first paragraph, the remaining 30 were bound to be read with heightened scrutiny. Maybe “secret” is a great word for branding at KFC, but certainly not for the Governor’s Office.

If the Governor had asked me, I would’ve advised him to bite the bullet early – at the start of the new year. I sure wouldn’t have waited until just a few days before the Governor’s Summit on Education in East Lansing this week to let on that significant activity has been going on behind the curtain. This is too big a deal.

My suggestion to the Governor would’ve been: Announce that you are concerned about the on-going legacy costs of retirement and the rising costs of healthcare. Tell everyone that you appreciate both the sacrifice that teachers are making at the bargaining table and also the leadership of school boards and administrators who are working together to implement many cost-saving measures back in their local school districts. But in your view… knowing what you know and seeing the figures that you see… we, in Michigan, still must do more. To take any other course would be irresponsible. This is why you created a special task made up of trusted advisors and staff (not elected representatives or education advocates or any entrenched interests) to study, discuss, and report back on a way we can perhaps lower the cost of preK-12 education in Michigan. Yes, considering all of the options and coming up with an innovative plan may upset some people. Too bad for them. My job is to lead.

I’d advise the Governor that most of us accept – and even welcome – “secret” operations when they involve national security or the protection of our children from predators. But it stops there. “Secrets” will not inspire confidence in a public policy proposal.

#2  In paragraph two, I was stunned to read that the Governor’s advisory team had “dubbed itself a ‘skunk works’ project…”  Oh my!  Unbelievable!  While at first, I thought the term “skunk works” was a direct jab at something I’d written previously, it wasn’t. For some unknown reason, a person on the Governor’s task team thought this an apt moniker. Now, my dad was a retired GM engineer in Flint. He liked and understood the term “skunk works.” But this wasn’t the case for my mom, three brothers, our dog, and me. When it involved a skunk – we ran in the opposite direction.

#3  In the third paragraph, the story says that records show the Governor’s task force expresses the need to create “value schools.”  Woo boy… another major gaffe, in my view.

Now, I’ll be totally honest. I know wise, caring, and intelligent people on all sides of the education reform debate. Left, right, and in-between. But I don’t know one person who wouldn’t apply the term “value schools” to 99% of our current schools. I would’ve advised the Governor that the term “value schools” is more inflammatory than really necessary. Why make the critic’s job any easier? Choose a term like “Lean Start-up Summit Schools” – anything but “value schools!”

I’d rather have the public asking, “what’s a lean start-up?” or any question about costs. I’d avoid a discussion of “value.” Lots of people believe that you always “get what you pay for” so I’d try to sidestep that fight.

Plus, we already have “value schools” in great supply today, here and in all 50 states.

You and I aren’t the only ones who know this. I think the Governor probably knows this, too. And he may even be eager for one of us to call in and offer our expertise.

I just hope his office doesn’t hang up the phone too “speedy kwik.”  (Mistake #4) 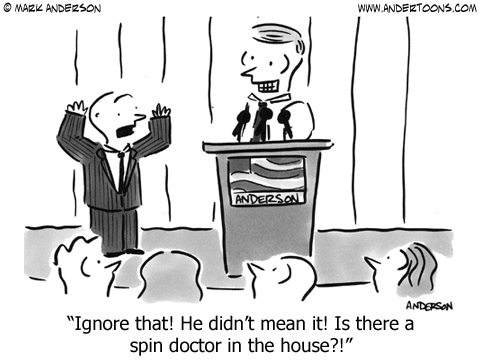