There’s an inspiring story of courage that connects these two. 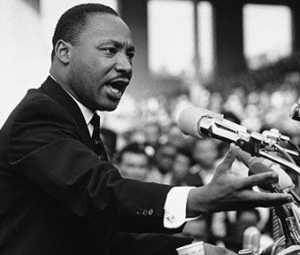 You may not think there’s a connection – but you’d be wrong.

And you may even think I’m a knucklehead – okay, that long line begins over there.

But I came across the following words by Dr. Martin Luther King, Jr. in an unusual place.

Rev. King would probably want me to also understand that he’s not referring to times of challenge and controversy created by my own fumbles.

And while I have many of those; rather, he was speaking to our basic humanity dignity and the quality of the relationships we have with each other, of course.

I found his quote on page 245 of a book called “Marketing Your Dreams – business and life lessons from Bill Veeck, baseball’s marketing genius.”

The quote reminded me of the Encourager I wrote exactly one year ago. In it, I marveled at the strength Rev. King demonstrated while locked up in a jail cell in Birmingham, Alabama, four months before his famous “I Have A Dream” speech in 1963.

Now here’s the connection between baseball pioneer Bill Veeck and the meaning of today. 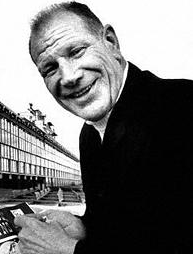 About 16 years before THE SPEECH, Bill Veeck exemplified a life that would’ve made Rev. King proud.

Veeck (sounds like “wreck” he’d tell you) was the flashy owner of the Cleveland Indians in the Amerian League.

Prior to this, for those of you fans keeping score at home, Veeck was the owner of the St. Louis Browns (now the Baltimore Orioles).

Years later he was the owner of the Chicago White Sox.

In April, 1947, Jackie Robinson was signed as the first black player to play in the major leagues by the Brooklyn Dodgers. The trials, talents, and character of Jackie Robinson are well known.

Lesser known is the fact that in July of 1947, Veeck signed Larry Doby, a second baseman, as the first black player to play in the American League. 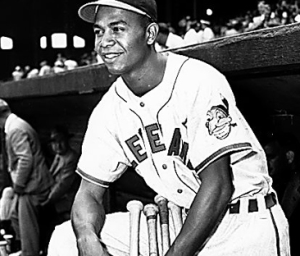 Doby recalled that Veeck told him on his first day that he’d always have his back.

“I never forgot his words ‘we’re in this together.'” Doby said.

And Veeck never backed away from doing the right thing.

On away games, Veeck would often be the only white person in the room when he would accompany Doby to restaurants and jazz clubs.

If a hotel squawked about Doby’s color, he’d pack up the team and re-locate to different accommodations.

Concerned about how many people in the deep south (Florida) would treat Doby during his first spring training in 1948, he packed up the Indians’ entire pre-season operation and moved it to Arizona.

Veeck’s commitment to equality was contagious.

And you’ve been a good sport to read the Encourager this far. (Thanks!)

But there’s one more element I still have to tell you about. 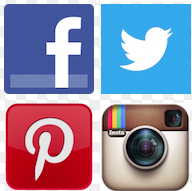 Now, keep in mind when you hear about this that Veeck didn’t have all of the easy communication channels that we have today.

And that’s what makes it so amazing.

Back in 1947 when Veeck signed Larry Doby to his team, he immediately began receiving hateful and violent mail nearly everyday.

Veeck was angered that so many individuals would write, sign, stamp, and then mail such hurtful letters.

It wasn’t too long before Veeck’s business office had boxed up more than 20,000 letters of protest.

Veeck asked for the boxes.

And over the next few years, he took the time to personally write back to every letter writer.

Veeck was determined to not let the forces of hate have the final word.

Who models this kind of leadership in 2015?

And here’s one last tidbit.

I bought this incredibly uplifting book about Veeck and marketing on Amazon a few months ago for 50¢.

And if you’re not affiliated with SCN, you won’t even have have to fill out the two-part form and request a P.O. #. 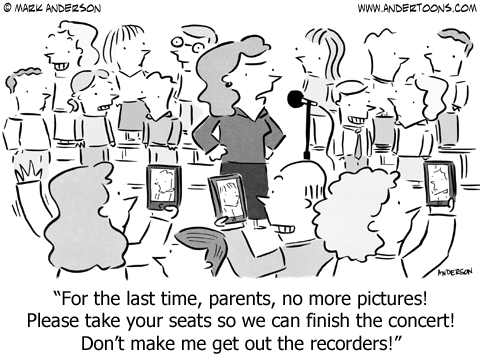