Cindy realized her mistake as soon as she uttered the words. 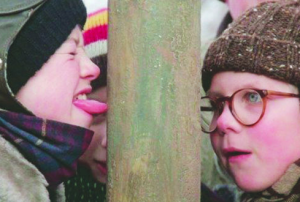 She knew I can’t resist a dare.

Especially the famous triple-dog dare ya!

There’s just something about a dare that brings out the worst in me.

(The U. of M. Research Center is still attempting to identify something that’ll bring out the best in me, btw.)

It’s like a dare – a hasty verbal challenge – grants even the most timid of souls full license to leap outside of their comfort zones.

Cindy and I were in our car on our way to our hotel in Traverse City (MI) yesterday.

She was watching sailboats in the bay, noting various winery tour routes, and spotting shops to visit later.

I was driving and ever on the alert, too.

I was observing signs posted by the local businesses.

As we approached an intersection, I slowed the car down and started to pull into the parking lot.

This was the precursor to Cindy’s wished-she-coulda-had-it-back dare.

“I’ve got to, ” I replied with firm resolve.

(I often respond with “I’ve got to” to lots of things just the way I imagine Davy Crockett probably said it at the Alamo.

“Look at this sign.” I pointed out. “This is sure interesting.”

“I see it,” Cindy whispered. “Let’s go. A salesman is walking over to us.”

“This sign is kinda funny,” I commented, squinting into the sun. “But it’s not a very effective brand promise if you ask me.”

“Who’s in this car asking you?” she gushed. “Just get your foot off the brake and let’s go!”

And away we zipped.

Then I slowed the car down again.

“Now what are you turning around for?” she asked, with a slight tinge of irritation.

Husbands are adept at noticing these kind of subtleties.

“Look at the back of this sign. Here’s another crazy message.” I said. 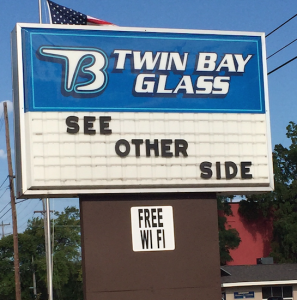 “I hope schools don’t play games with their signs. I’ll probably have to blog about this later.”

“Let’s go,” she said, now without any pretense of subtlety or hidden meaning. “I’m about five seconds from really giving you something new to blog about!”

So the Encourager on Monday will be Traverse City, The Sequel.

I hope you’ll check in. 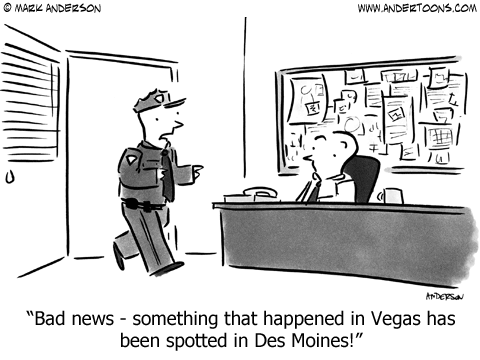