The Marksmanship Merit Badge tripped me up! 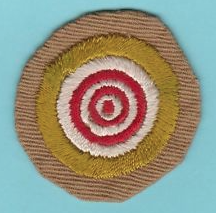 Merit Badge for sale on eBay

This was just one of my failures as a 14 year-old.

I was at a Boy Scout camp somewhere north of Flint and I was on a mission to give my status a boost.

All I had to do was earn three more merit badges.

Since I swam like a rock, I figured my last best hope centered on earning a merit badge in marksmanship.

Little did I know that after you shot your rifle at a paper target 10 times, you had to disassemble the rifle, clean it, and put it back together.

That’s all it took to do me in.

I never could get the dang thing back together!

And that was that.

My fate as a lifelong Tenderfoot was sealed. 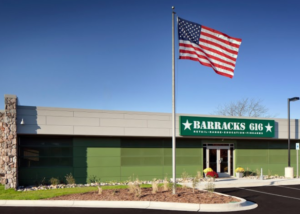 Now I realize I told you I had never shot a gun back in in Part 1, where introduced Marketing Checklist Points #1 and #2.

I didn’t mean to lie… I just didn’t recall this story until now.

I know it’s a small thing.

But it does help explain why I could visit a gun shop (as part of a bachelor party in April) and not be able to do much more than scope out possible school marketing tactics.

So here are yesterday’s Marketing Checklist Points #3 and #4.

It has to do with the value of having a personal mentor. 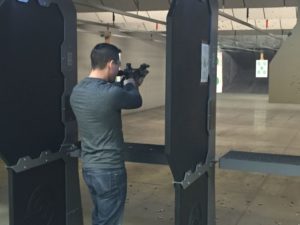 My mentor at Barracks 616 was Calvin.

He knew all about guns and he was very patient with me.

(At least I think he was. Remember, on a firing range everyone shouts!)

Calvin demonstrated several things with his rifle for me and I quickly learned not to handle ejected shell casings.

He must be an advocate for project-based learning because he allowed me to learn the hard way that those shell casings are HOT.

Calvin then took a few moments to assess my personal knowledge and skill level with guns.

After which… he put his rifle back in its case and signaled to the guys in the bachelor party to not let me within 30 feet of it. 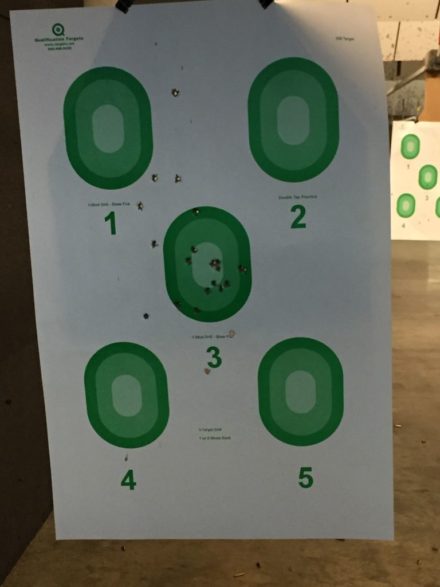 Calvin handed me the smallest handgun he had available (a 22?) and we took turns using it to shoot off rounds at a shared target.

Luckily, we didn’t have any side bets on the line.

And that’s what made Calvin a good mentor.

He brought out a self-diagnosis chart and showed me how it is used by “marksmen” to assess what adjustments they needed to make. 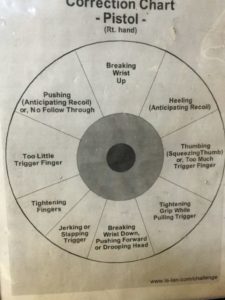 It gave all kinds of tips based on where your bullets landed on the target paper (left of center, down to the left, etc.).

Since I only hit the target once, I didn’t get much of a tip… other than to quit and go home.

And this brings me to Marketing Checklist Point #6.

As Calvin noticed my discouragement, he took me over to a wall where there were “non-traditional” targets for sale. 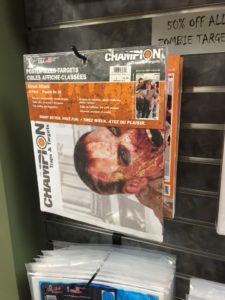 “Maybe you’d do better,” he said. “If you were aiming at something that really mattered… like if you and your family were being attacked by zombies.”

I was impressed by how many fantasy and sci-fi type offerings Barracks 616 had in the way of target choices.

This was a revelation as well.

But the change of targets didn’t do me much good.

In fact, I think my skill level actually regressed and served to dampen Calvin’s spirits.

I apologized while shaking his hand and thanked him for taking me under his wing.

“That’s okay” he said. “But I gotta tell you. If a zombie apocalypse ever hits your neighborhood, your family’s in big trouble.” 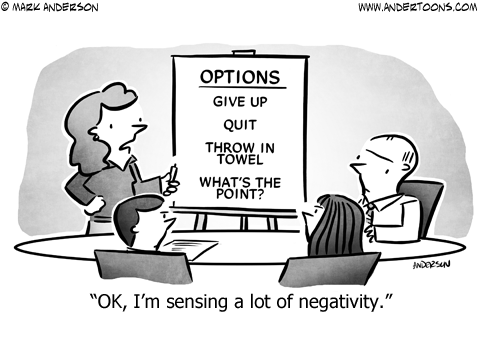