Amy has an incredible online business and audience today. What did she do to weather those inevitable “bumps and bruises” when she started up five years ago?

The Lunchinar on Wednesday will be fascinating.

There’s still time for you to join in on our discussion with social authority, keynote speaker, and branding coach Amy Schmittauer.

Along with answering our questions about social media, live streaming, and marketing, I’m hoping Amy will touch upon the mindset she used to build her brand.

Now many marketers and coaches will tell you the quickest way to grab attention and build an audience online is to get out in front of a well-known cause (like you’re all in!) or pick a social media fight with someone who’s well-known publicly.

Latch onto a popular cause or generate a viral controversy and voila!

Amy certainly had to know this. (I mean, if I do…)

But instead, she used her creativity to act, learn, and not look back.

This is not what I typically do, which is why I want to ask her my tough question.

I usually fret, then finally act, and then go back to my original fretting without really learning all that much in between.

I’d like to know where Amy’s “confidence” comes from.

You don’t make over 500 YouTube “selfie” videos like she has without possessing a healthy dose of confidence.

I made a short “selfie” video of myself about 17 months ago… and I’m still fretting over it.

Anyway, since confidence is not something you can just tell someone to “just have” or “just do,” I’d like to hear more about Amy’s early moments of fear or self-doubt.

And she had to have some, right? Who doesn’t?

I might even ask Amy if she can relate in any way to this story from New York Times best-selling author Robert Greene. 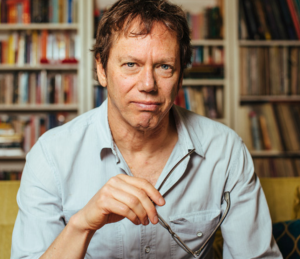 He’s written several books, notably  The 48 Laws of Power, and as you can imagine, I’m elated to finally be writing about someone who’s older than me!

(It doesn’t happen all that often here, folks!)

Greene tells the story about the time he was in the Army and serving in Viet Nam.

The other soldiers in his unit were all nervous young rookies like himself, and their sergeant had called them to attention.

The sergeant barked that they were about to go into a big battle for their very first time.

“It’ll be the worse thing ever!” the sergeant barked. “And I want to know right now… who’s afraid? If you’re scared like a little baby, get your hand up right now! I want to know!”

Greene raised his hand and then immediately regretted it.

He was the only one in his unit with a hand up.

“Okay, I see we got a live one here!” the sergeant barked again, while looking looking intensely at Greene. “Get up here by me right now, Mister s**t for brains!” 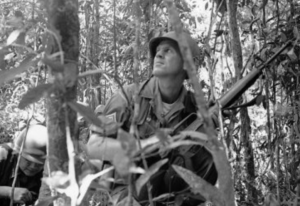 Greene thought he’d die right then and there before before the actual fighting even began.

The sergeant then begin to speak to the unit once more, only this time in a tone that couldn’t fairly be called barking.

“I can’t believe we only have one honest man in our midst,” the sergeant said. “So, I’ll ask you one more time. Get your hand up right now if you’re scared… and maybe even so afraid you might wet your pants?”

Every soldier raised his hand. 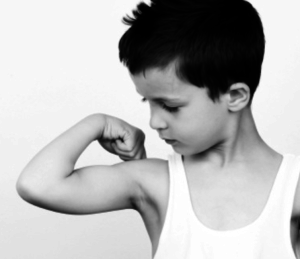 The memory of his sergeant has helped him every time he’s ever needed to step outside of his comfort zone.

Greene summed it up this way when I heard him in a recent podcast.

“When you don’t let fear prevent you from taking action, you’ll either accomplish something or learn to do it better next time,” he said. “This is how inner confidence is grown.”

So now I’m curious about Amy and how she has kept her one-woman business on the fast track.

And how in the world does she ever manage to disregard all of the knuckleheads who are out there online today?

Oh wait!
I already know the answer to this one! 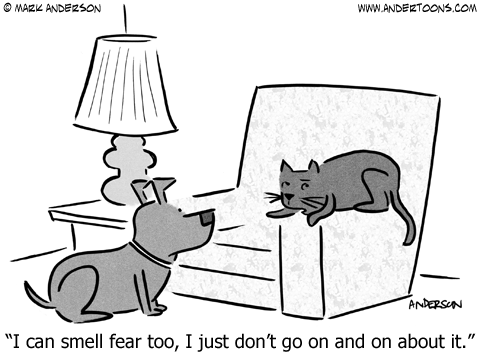