I spotted it while linking up this site to Monday’s Encourager.

It contains a marketing lesson that borders on the unbelievable. 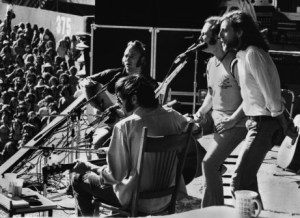 The  parody (Mission Statement) is based on the 45 year-old hit by Crosby, Stills, Nash, and Young called Suite: Judy Blue Eyes, which made its debut at Woodstock. (And no, I wasn’t there, just in case you’re wondering. I had to look this up.)

Mission Statement and the seven other musical parodies on Weird Al’s “Mandatory Fun” album were released last week one at a time – day by day – over the course of eight days.

Weird Al’s unique marketing plan for “Mandatory Fun” began more than a year ago by securing a different corporate partner for all eight of the album’s musical tracks.

Every corporate partner had to possess a powerful brand presence, a gigantic online following, and a big fat checkbook. (And no, I do not know much about these, either, just in case you’re wondering – especially the “big fat checkbook” piece.)

The partners included Reddit, Mashable, Funny or Die, and The Wall Street Journal. 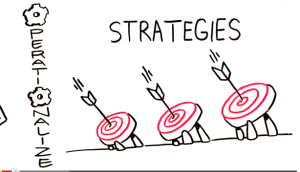 By paying the production costs upfront for their respective partnered videos, the companies received exclusive promotional rights from Weird Al for an extended time period.

And boy, did they promote!

And all without Weird Al ever spending a dime of his own money.

You can’t say it doesn’t push the right buttons.

Plus, it propelled him to #1 on the Billboard charts – a ranking Weird Al has never achieved before in his long career.

And no, the irony of me using the word “weird” in reference to someone else is not lost on me, just in case you’re wondering.